I built a case for my first Raspberry Pi out of an old CD-ROM. Here’s a post about it.

I decided the Raspberry Pi hanging around in the livingroom, mostly running pianobar while connected to the stereo, needed a case. It was already divided into several components connected by random, curled up cables and it wasn’t pretty. The Raspberry Pi may look small and convenient, but that’s just until you realize you need a power supply, wireless capabilities and whatever else you expect to find in a computer.

Anyway, I had an old Plextor CD-ROM in the parts bin and decided to try and use it as the new home for my Pi.

As stated above, the GPIO ports are all available on the SCSI connector on the back of the CD-ROM. I plan to do something interesting with them later. However, I am already using some of them internally. Firstly, I power the Pi using the 5V and GND pins instead of the micro USB port. I also use two pins for the front lights, and two pins for the front buttons. I wrote a small python script to control these for now. Currently, the “disc” light lights up unless a button is pressed (for testing the buttons), and the “on/busy” light lights up randomly based on the load. If the load is >=1.0, it will stay on constantly, otherwise it blinks simulating random CD-ROM reads.

To wire these up, I gutted a USB cable to provide ground to the buttons and power for two 2N3904 transistors. Since the Python GPIO library for the Pi now has pull-up functionality, the pin from the Pi can go directly on the other connector of the button. No additional components needed. For the lights, I used the 2N3904 transistors to provide sufficient current without stressing the Broadcom chip onthe Pi. I connected their base to the GPIO pins. Power is provided from the gutted USB cable and passed through a 300 ohm resistor on the way to the LED’s. 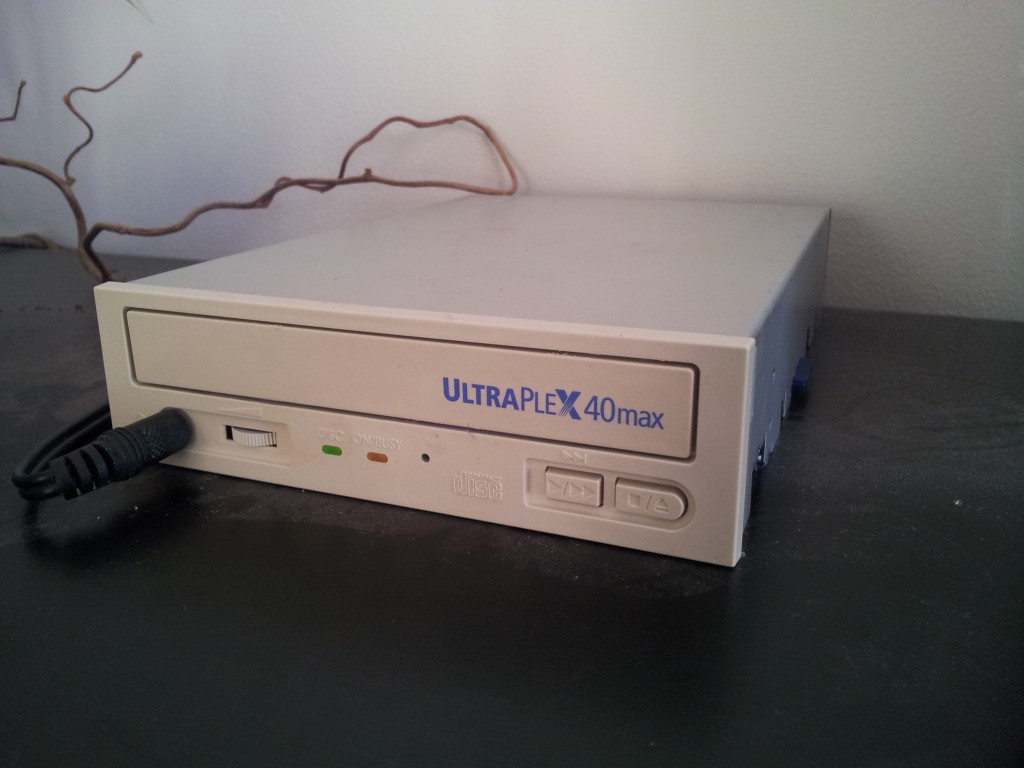 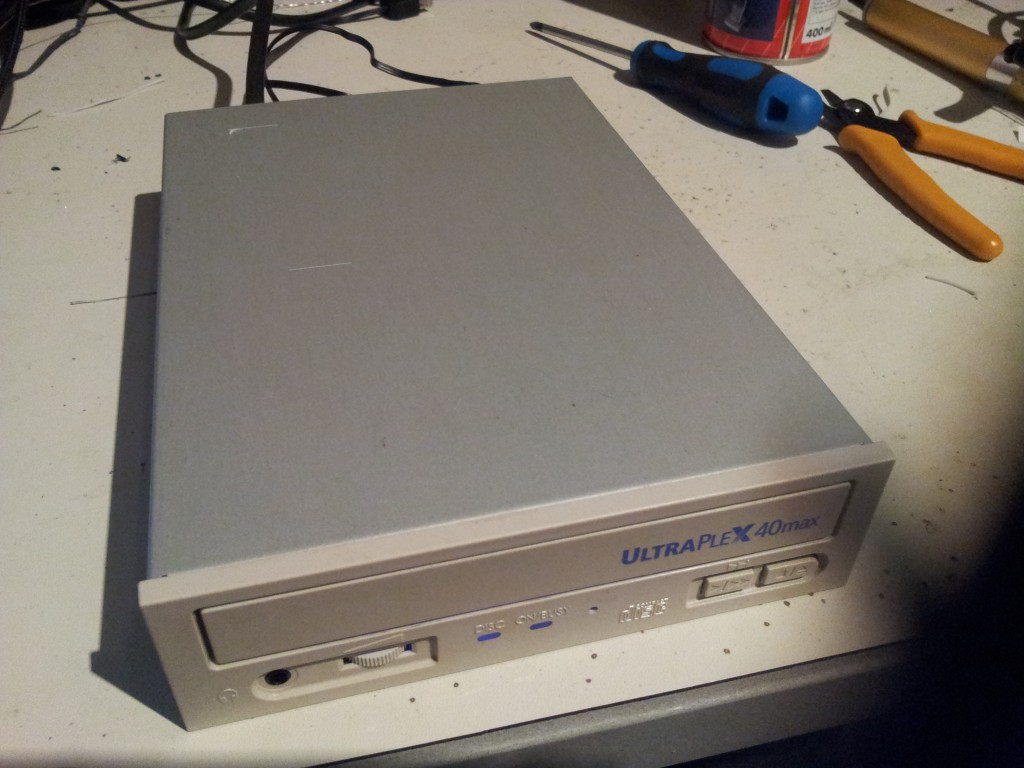 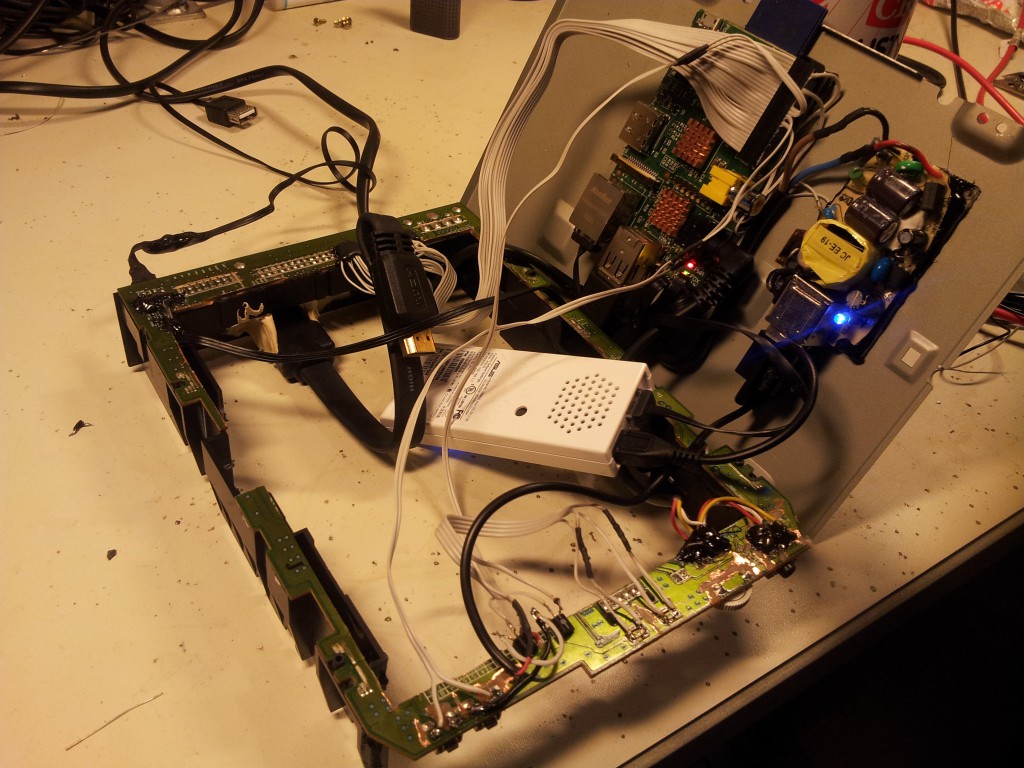 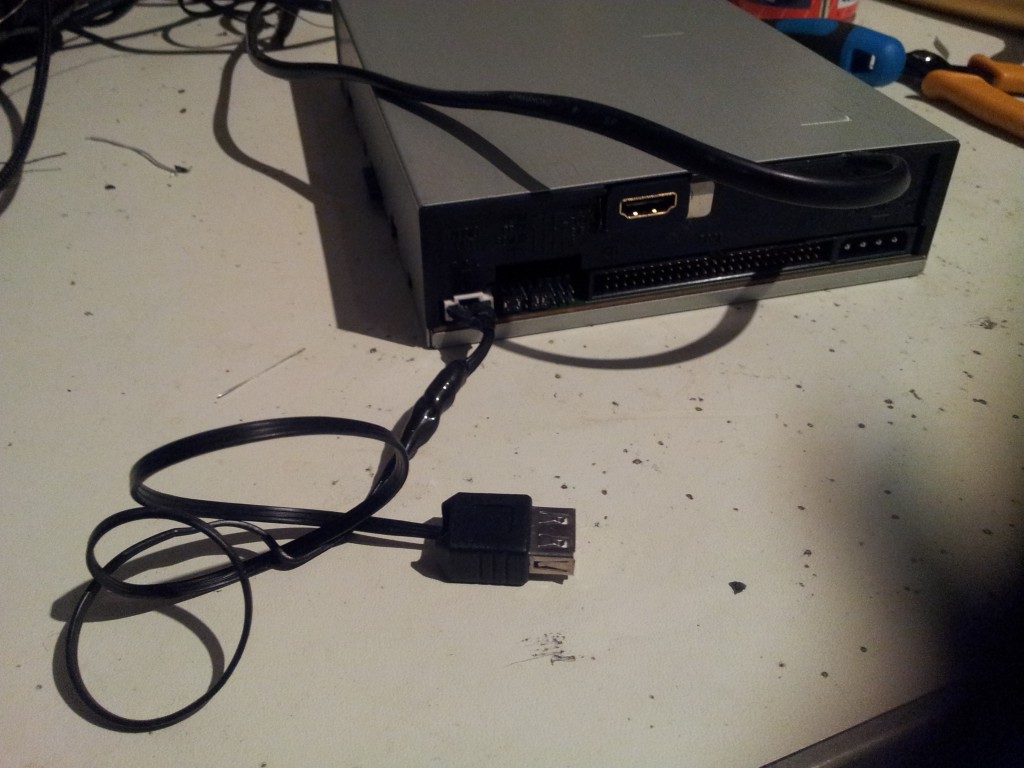